Voters in three federal ridings go to the polls Monday in by-elections to fill vacancies in the ridings of Victoria (BC), Calgary Centre (AB) and Durham (ON). I will be doing a profile on each riding between now and when the polls close. Part 1 is Victoria.

The riding of Victoria consists of British Columbia's capital city of Victoria, plus the suburban District of Oak Bay and part of the District of Saanich.

History
The riding has been in existence since BC joined confederation in 1871. The riding elected two members of parliament until 1904. The riding is currently a safe-NDP seat, but is not historically an NDP seat. The NDP did not win the riding until 1988. It has only been a safe NDP seat since the election of Denise Savoie in 2006. The NDP strength in the riding has more of a history in provincial politics. For most of its history, the riding has swung back and forth between the Tories and the Liberals. 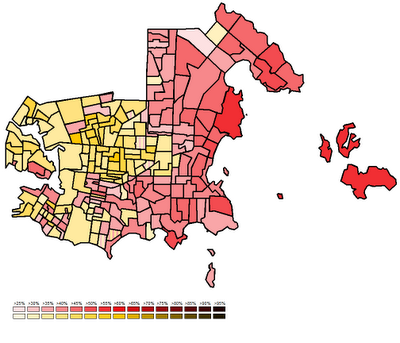 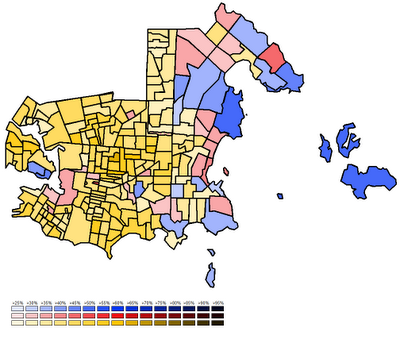 By 2006, Anderson had retired, leaving the seat open, and it automatically became an NDP target. Former Victoria city councillor Denise Savoie won the NDP nomination, defeating Turner for the nod. Her main opposition came from Liberal candidate David Mulroney who was hoping to keep the seat for the Liberals. On election day, Savoie became the first female MP to represent the riding, and only the 2nd New Democrat. She defeated Mulroney by 6800 votes. Savoie won most of the polls across the City of Victoria, as well the Mt. Tolmie and Camosun neighbourhoods of Saanich. She was also able to win the neighbourhood of North Oak Bay (in Oak Bay) and did well in South Oak Bay as well. Her best areas were the same strong areas in the north end of town as Turner (Fernwood, Hillside-Quadra and North Park). The rest of Oak Bay and Saanich were an enigma for Savoie, and were claimed by Mulroney and her Conservative opponent, Robin Baird. Mulroney won the neighbourhood of Estevan in Oak Bay and the Cadboro Bay area of Saanich. Baird won Henderson and Uplands in Oak Bay as well as Ten Mile Point and Queenswood in Saanich. Once again, the best NDP poll was 110 in Fernwood where Savoie increased the NDP share of the vote to 69%. The strongest Liberal poll this time was 157 in the neighbourhood of Harris Green in Victoria. This poll was a small sliver of red surrounded by orange. This poll consists of the up-scale Regent Park condominiums on View St. Mulroney won 57% of the vote in this poll. The best Conservative poll was 98, the same poll that was the Liberal's best one in 2004. The Tories won 51% of the vote here, while the Liberals dropped to 34%. 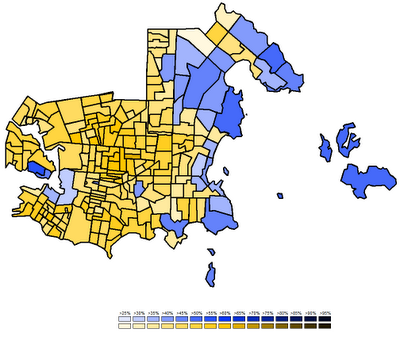 In 2008, the Liberals had dropped out of favour in BC, and the race in Victoria became an NDP-Conservative fight for the first time since 1988. Savoie won the election easily, defeating Conservative candidate Jack McClintock by 10,000 votes. Savoie won in much of the same areas as 2008, just padding her vote totals. However, she did expand more into Oak Bay, and in Saanich, picking up the neighbourhoods of South Oak Bay and Cadboro Bay. Her best areas once again were in the North end of the city, as well as in James Bay. The Tories won in the same areas they did in 2006, plus added some Liberal territory too. Their strength came along the Oak Bay coast, and did especially well in the neighbourhoods of Uplands and Henderson in Oak Bay as well as Ten Mile Point and Queenswood in Saanich. The strongest NDP poll in 2008 was 115 this time, still in Fernwood. This poll is located between Denman and Pembroke Streets, and Savoie won 69% of the vote there. The best Tory poll this was was 9, in West Victoria. The NDP dominated most of this neighbourhood, except for two polls in the south where the Tories dominated. Poll 9 is located on the south coast of West Victoria, adjacent to Victoria Harbour. This poll, as well as neighbouring Poll 11 includes a number of upscale waterfront condos. 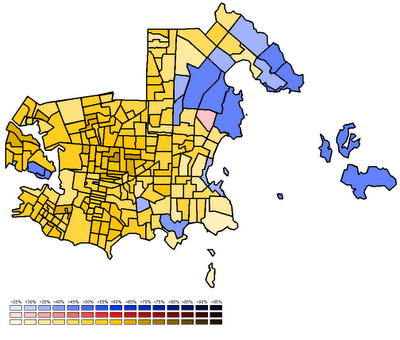 With the NDP wave of 2011, Savoie increased her vote margin over the Tories to 16,000 votes over her opponent, former Nova Scotia MLA Patrick Hunt. Savoie's support mostly came from increasing her margins in already strong NDP territory, but also continued to encroach on Tory territory in Oak Bay. In this election, she was able to win the waterfront polls of Oak Bay which had previously gone Conservative. Her best area continued to be the north side of the city. The Tories held on to their two neighrbourhoods in Oak Bay (Uplands and Henderson) and their two in Saanich (Ten Mile Point and Queenswood). The Liberals won just one poll, 85 in Uplands, Oak Bay. Liberal candidate Christopher Causton lucked out to win the poll with just 35% of the vote thanks to an even split between the NDP and Tories at 28% and 31% respectively. The best NDP poll in the riding was once again 110 (in Fernwood), which was their best poll in 2004 and 2006. They won this poll with 71% of the vote. The best Tory poll came in poll 84, in Uplands, Oak Bay. The Tories received 48% of the vote there. Poll 84 is right next to poll 98 where the Tories did the best in 2006 and the Liberals in 2004.

The by-election
Monday's by-election was triggered when Savoie resigned in August for health reasons. The NDP will running prominent environmental and aboriginal rights lawyer Murray Rankin. His opponents are technologist Dale Gann of the Conservatives, economist (and former NDP candidate) Paul Summervile of the Liberals and law professor Donald Galloway of the Greens. The most recent Forum Research poll showed Rankin well ahead of the pack at 47%. Interestingly, the Greens were in 2nd at 26% followed by the Liberals at 14% and the Tories at 12%. It's not surprising that the Greens would do well, considering that Green leader Elizabeth May holds the neighbouring riding of Saanich—Gulf Island. But what is interesting is how poor both the Liberals and Tories are doing, considering their history of going back and forth in holding this riding. With those two parties polling so low, it will be interesting to see which ones will win in the anti-NDP areas in Oak Bay, Ten Mile Point and the condos of West Victoria.
Posted by Earl A. Washburn at 10:02 PM