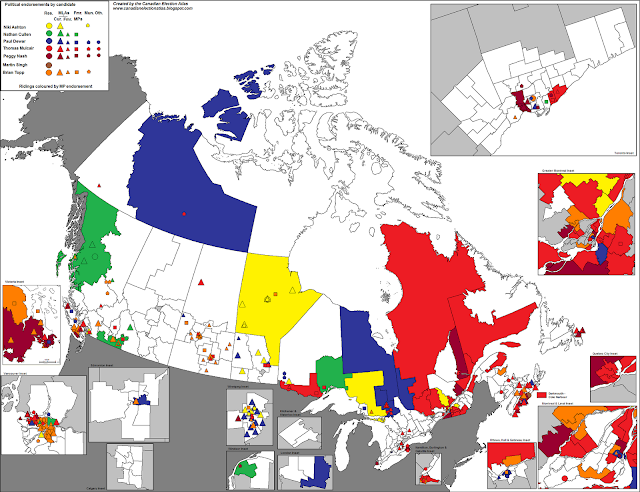 Well, I wish I could provide more analysis, but this will have to do for now. I do have to get my rest before I head off to Toronto tomorrow. I will be tweeting from the convention floor, so don't forget to follow me! The first ballot will be tallied Saturday morning. Enjoy the convention, everyone. I know I will!
Posted by Earl A. Washburn at 12:09 AM