About a year ago, some keen Canadian posters at the U.S. Presidential Election Atlas worked on poll-by-poll maps of the Canadian 2008 election. We also used the results to input the numbers by municipality and by census division. The following map is a sum of the products of our labour: 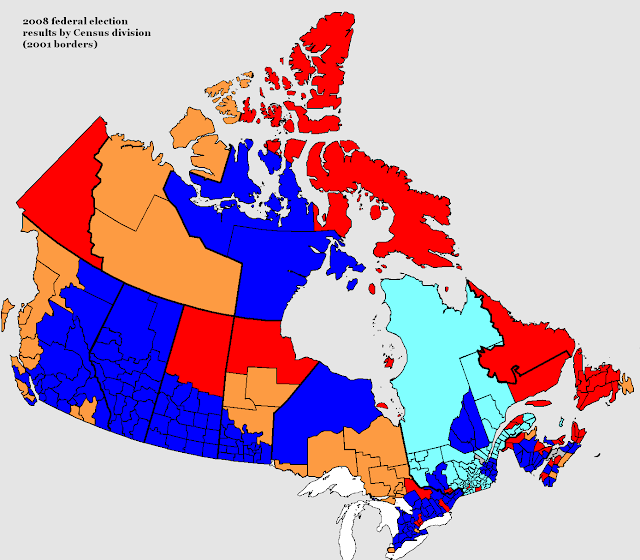 What's especially interesting is the areas which are smaller than ridings that voted for a party that did not win a seat there.

This census division map is using the 2001 census division borders as opposed to 2006. There were a few border changes, but nothing that would affect the map. Census divisions, are basically counties and county equivalents across the country.

Many thanks to Miles Lunn and J.P. Kirby from the U.S. election atlas forum for the data used in this map.
Posted by Earl A. Washburn at 12:09 PM