Today, there is a provincial by-election in the riding of Chicoutimi in Quebec. The riding has been vacant since last October when PQ MNA Stéphane Bédard resigned his seat.

The riding of Chicoutimi, located in northeastern Quebec has been a PQ stronghold since 1973. It consists of the former city of Chicoutimi, which is now part of the city of Saguenay. The riding is one of the most nationalist in Quebec, voting yes in both the 1980 and 1995 referendums by large margins.

I have been quite busy lately, so I haven't had the chance to do my usual by-election profile. The riding should be an easy PQ hold though, so it shouldn't be that interesting of a race.  The PQ is running businesswoman Mireille Jean as their candidate. Polls show her as the clear front runner.

Despite not having the time to do a write up, I have made plenty of charts and a map... 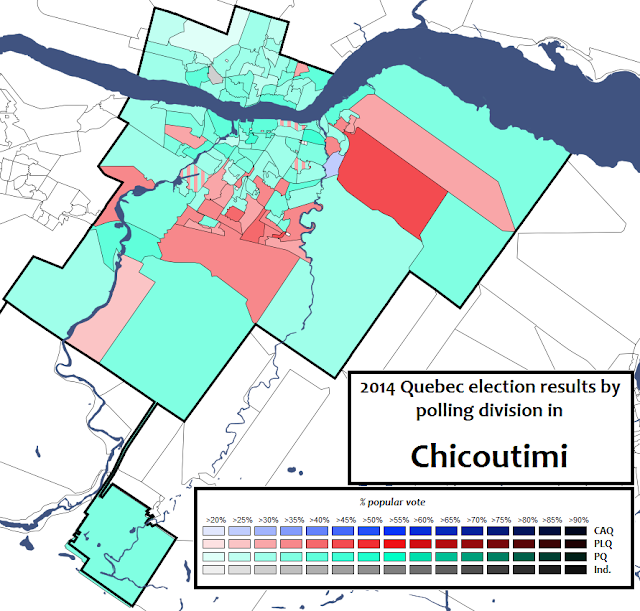 As you can see, the PQ won most of the riding in 2014, though the Liberals were strong in the southern and eastern suburbs. The CAQ won one poll as did Saguenay councillor Marc Pettersen, who ran as an independent.

Here are the results by city council district for the last provincial and federal elections:


The following chart shows the vote progression of the riding since 1989. The boundaries have not shifted since then.

And finally here is a list of the MNAs who have represented Chicoutimi since confederation: 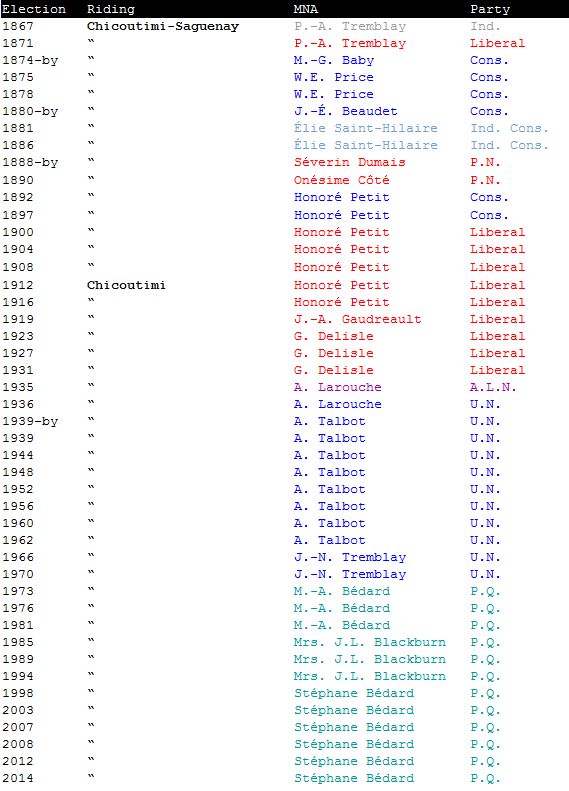